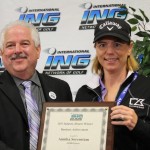 t, Mike Jamison. Born and raised in Charlotte, NC, Jamison spent 16 years in the Knight Ridder Newspaper chain as an award-winning sports writer and business editor. During much of that time he covered golf, gaining a great deal of experience in dealing with public and media relations professionals.

Prior to starting Jamison Golf Group in 1990, Jamison was editor/publisher of Florida Golf Reporter Magazine, working closely with the PGA sections and USGA in Florida. He was also a founding father of the International Network Of Golf in 1990, and still serves as Executive Director of that non-profit, media-based networking association. The relationships developed and nurtured th 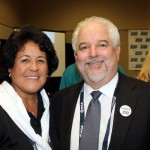 rough ING are numerous and solid.

His career also includes a four-year stint as Executive Director of the Florida Golf Course Owners Association, during which he gained a plethora of experience in various areas of golf course operations. He also was a founder and Executive Director of Greater Orlando Golf Destinations, a co-op marketing organization consisting of golf courses and hotels in Central Florida.

Having served on both sides of the publicity field, Jamison really knows how to gain the most viable exposure for his clie 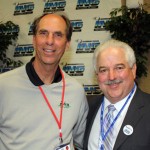 nts. And having worked with golf businesses and golf media big and small, he has developed a knack for creating promotional programs positioned well outside the box.

Jamison currently resides in Lake Mary, FL with his wife Linda, who is Vice-President of the company. They have two children and three grandchildren.